Vietnam is stepping up scrutiny of its financial markets as it seeks to burnish its credentials as a destination for international investment.

Tri Viet Securities Chief Executive Officer Do Duc Nam and Louis Holdings Chairman Do Thanh Nhan have become the latest in a string of Vietnamese executives to be detained by police, accused of allegedly manipulating stock prices.

Prime Minister Pham Minh Chinh has ordered authorities to crack down on violations in the equities, bond and property markets, sparking an ongoing investigation that has hammered the nation’s share market. Vietnam stocks fell into a technical correction on Thursday, with the benchmark VN Index extending declines from a January high to 10%. The index closed down 1.1% today.

Following news of the latest arrests, Louis Land JSC sank as much as 9.3% to its lowest level since July, while Louis Capital JSC dropped as much 6.9%. Do Thanh Nhan is a board member of both listed firms.

The stepped-up enforcement comes as Vietnam looks to be upgraded to emerging market status from frontier, which would open the country up to more investment funds. Vietnam’s stocks have been on the shortlist for a possible upgrade to secondary emerging market, from frontier market, by FTSE Russell since 2018. 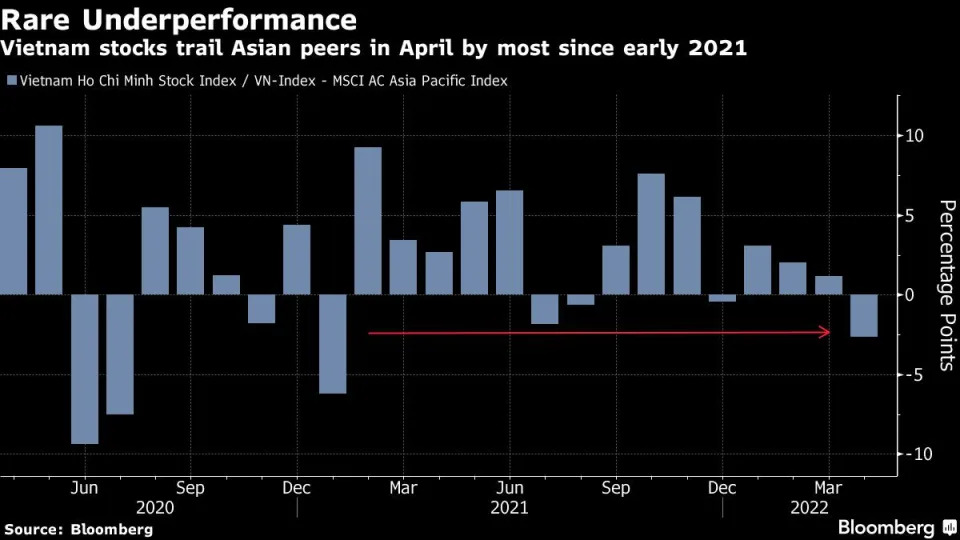 “There is a new broom in the house sweeping things out for spring cleaning,” said Fred Burke, senior advisor at the law firm Baker McKenzie. “It’s a huge cultural change in Vietnam.”

Officials have also been instructed to keep a close eye on issuance and trading of corporate debt.

Vietnam has been attractive to global companies like Intel Corp., Samsung Electronics Co. and Calvin Klein, plus their subcontractors, which have set up factories and shops there. But its capital market is considered less developed than peers such as Malaysia, Indonesia and Thailand, which have more active dollar-denominated bond markets accessible to foreign investors.

The Southeast Asian nations attracted about $15 billion in foreign direct investments on average each year in the past decade compared with $11 billion in average portfolio investment over the period, according to data compiled by Bloomberg. 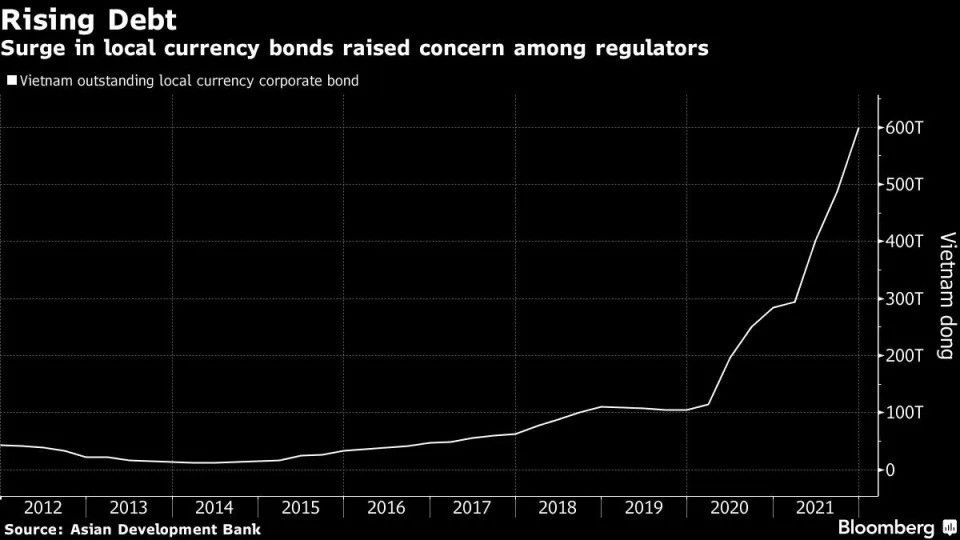 While Vietnam’s corporate debt market is still relatively small, issuance of company bonds has skyrocketed over the past two years even as the economy grappled with the pandemic, prompting concerns about a buildup of risk.

“The effort of the government to tackle stock manipulation and corporate bond issuance could further negatively impact on sentiment and cashflow in the short-term,” said Phung Trung Kien, founder of Vietnam Holdings Inc., an investment consultation and asset management company. “But in the long run, it is good for the market.”

Amazon plans to build a billion-dollar data center in Vietnam